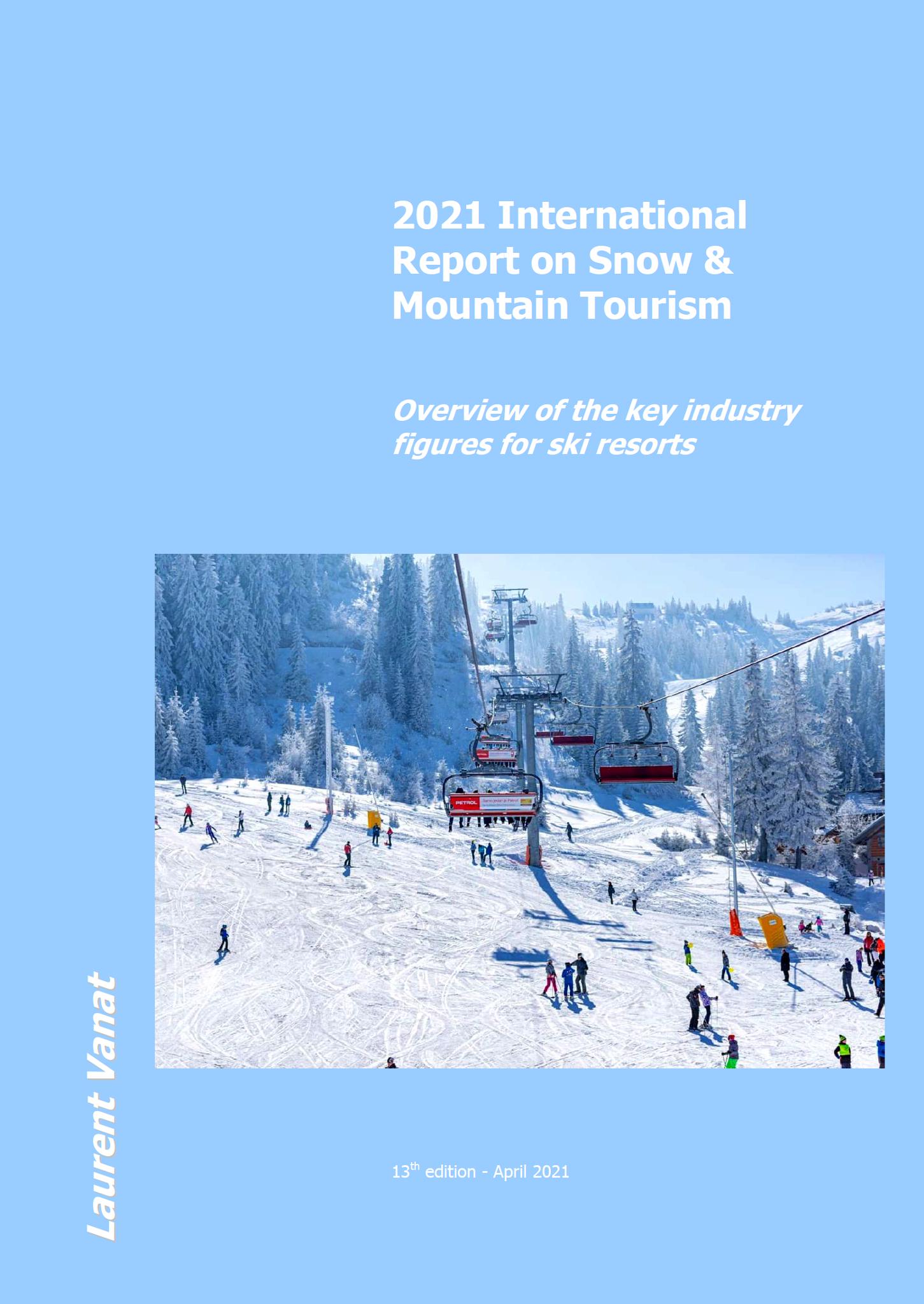 The 2021 International Report on Snow & Mountain Tourism is a worldwide acknowledged reference for data about ski resorts tourism. It covers all the countries in the world offering equiped ski areas.
Coverage: There are currently 68 countries in the world that offer equipped outdoor ski areas covered with snow. Taking into account indoor facilities , mountaineering-only areas and other types of facilities such as dry slopes, the figure can be as high as 100 . Even if snow fields are much more numerous, about 2’000 ski resorts have been identified worldwide. Besides the major ski destinations in terms of skier visits, there are a number of other, smaller destinations, where skiing has been an industry for a long time, or is currently developing. The most obvious new destinations are Eastern Europe and China, but there are a number of other small players spread out across the globe: Algeria, Cyprus, Greece, India, Iran, Israel, Lebanon, Lesotho, Morocco, New Zealand, Pakistan, South Africa, Turkey and many more.

This 13th edition of the report presents winter 2019/20, a season that has been brutally interrupted by the outbreak of covid-19 all over the world. This is of course reflected in the numbers: A 2019/20 season at the lowest

The brutal apparition of the virus first put the largest populated country of the world into strong confinement, resulting in the closure of all ski resorts in China by beginning of February 2020. As incredible as it was, within one month, this virus spread over most of the world and resulted in a generalised lockdown. Thus, most of the ski resorts in the world had to close by mid-March 2020. The level and duration of the lockdown varied from one country to the other. Japan, Iceland and partially Sweden were the only ski nations to carry on skiing through the pandemic. The governments of these countries have not seen a need to shut down ski centres. Some Chinese ski areas managed to reopen by the end of March 2020 thanks to the strict control over the pandemic.

Southern hemisphere season was also diversely impacted, with some opening delays and closures. The 2020 ski season began in Lesotho in early June, and New Zealand’s season started a few weeks later, slightly delayed, but with few restrictions. Australia also managed a ski season from June to October, but only in some regions. In South America, strict restrictions were in place for much of the winter but a handful of resorts managed to open with very limited access from mid-August to, in most cases, mid-September, or even mid-October. South Africa’s sole ski area was not able to open in 2020 due to pandemic restrictions in the country.

The global impact of covid-19 outbreak over 2019/20 winter season attendance translated into a decrease of 18% in ski resorts visitation over the globe. The highest impact could be seen in Asia & Pacific, where the decline reached 31%. In all other regions of the planet, the impact was around 15%. This can easily be explained as the pandemic first impacted Asian countries in January / February 2020, before spreading in other regions in March 2020. Then the closing pattern has been pretty similar from one country to another.

Despite this dark background, some positive highlights however deserve to be pointed out for the 2019/20 winter.

Currently, everybody also already knows that winter 2020/21 will even be worse in many countries. However, the industry remains dedicated to delivering extraordinary experiences to the skiers and will be trying even harder over the next years.